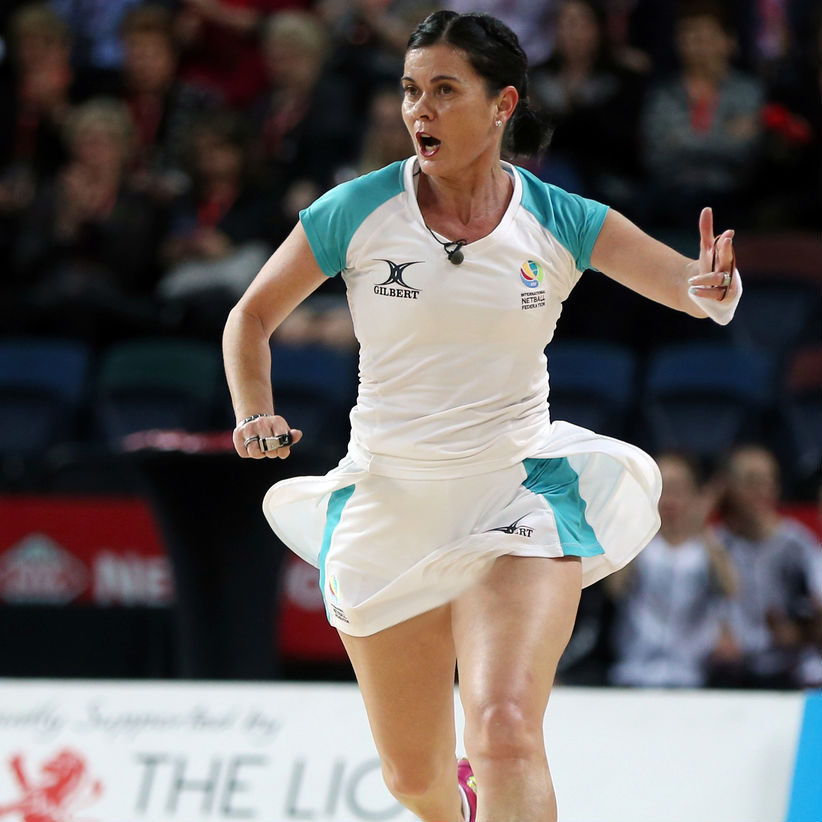 THERESA PRINCE, 47 years of age and live in a little town just outside Port Elizabeth called Despatch. she is the face of Despatch High School doing all the marketing as well as netball and umpire coaching. Sport is in her family’s blood and she is married to Deon Prince, a rugby referee and have two stunning Prince boys, Taine (Son of God) – 16 years and Ryan (Little King) – 13 years.

She obtained her SA “A” badge in 2006 at Port Elizabeth. During August 2009 she was screened in the Cook Islands and four months later she was blessed to receive her IUA (International Umpires Award) during January 2010 in the UK. Receiving her IUA badge was made even more special as it was one of the coldest winters in the UK, she arrived in -9 decrees, and all transport was cancelled due to heavy snow. All her pre-matches was snowed out and on testing day the snow kept falling. She was ready to return to South Africa without getting the opportunity that every umpire dreams off. Mid-day a call came through and it was game time. She knew she had only had that one chance and she had to give her all on my her live broadcast netball match.

When asked what do you really find special when travelling overseas as an umpire?

The most special moments are when I attend practice sessions and rub shoulders with the best players and coaches around the world!