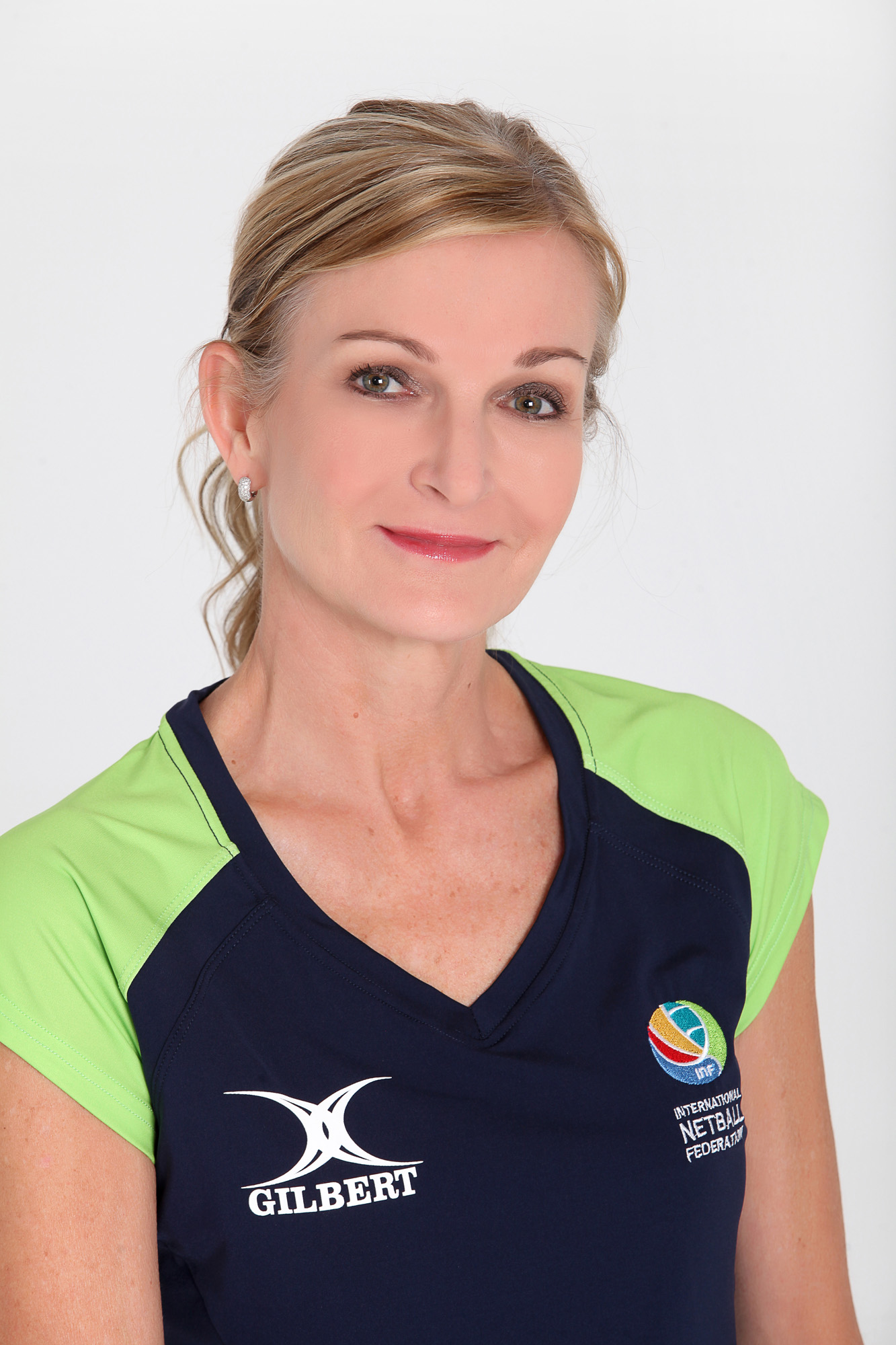 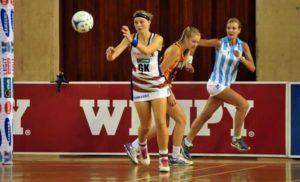 I started umpiring in 2000, almost by accident, after sustaining an injury as a player and not being ready to walk away from my love of netball. I was awarded my first SA grading (C) in 2003; with an A award in 2008 at the SA senior championships in Pretoria. ITID status (‘’ internationally talent identified’’) was awarded in January 2013, in the form of an e-mail – what an unexpected and delightful surprise!

Apart from local tournaments (Wildeklawer, Brutal Fruit, Varsity Cup and SA championships), I officiated at the following as an ITID invite:

In June 2016 I was invited to umpire the u/21 test series, SA vs Wales, in Durban. During this series, a “test” match was scheduled and I was awarded an IUA badge on 19 June 2016, culminating in a lifelong dream being realised on home soil.

Extract of interview between Annie Kloppers and Janet Edeling:

AK: When did you finally realise that you are a talented umpire and that you could ultimately reach the top level in netball umpiring?

JE: For me, everything started with the dawning of self-belief, the realisation that I actually have it in me to succeed – unless that moment arrives, one would probably never really achieve one’s dream. Many people, including co-umpires, have played a huge role in nurturing that talent and awakening the quiet confidence that needs to propel the moving towards the dream – they know who they are and I am eternally grateful to them.  Getting an A badge was the very first step towards an entirely new chapter in my life, but being internationally talent-identified caused a tremendous shift in focus. Finally, at Netball Europe this year, I realised that the talent, motivation from mentors and hard work could actually come together to ensure that my dream became a reality.

AK: What are the steps that an umpire has to go through to finally attain that much eluded IUA badge?

JE: One needs to begin with getting your SA A grading, and then steadily work towards achieving consistent levels of umpiring and supreme fitness as an elite athlete. This will get you to tournaments where you might get noticed and nominated as an ITID. Having ITID status is probably one of the toughest levels of umpiring to endure – the scrutiny during this time is never-ending, the criticism unrelenting and the levels of fitness required can be exhausting. Somewhere during this period, one needs to successfully pass a ‘’screening’’. The final leap to attaining the IUA award comes down to a ‘’test’’ match  – but ultimately, on the day, it is about giving your best performance.

JE: ITID status is awarded by INF (International Netball Federation) usually for a period of 4 years. During this time, at least 2 ITP (International Testing Panel) graders need to see you umpire at international tournaments, submitting reports to INF. Should they feel  that you have reached a sufficient  level of competency, you will  pass ‘screening’ which means that they deem you ready to officiate a ‘test’ match.

A ‘test’ match is arranged by INF  – this match needs to be of a sufficient level of play to allow the tested umpire to perform at a high level. 2 individual ITP graders assess you for the full duration of an hour game, grading the performance via a point system, based on 8 criteria  – communication, position and timing, vision, minor infringements, contact, obstruction, advantage and game management.

Feedback of your performance and the result of the testing must be given verbally to the candidate, directly following the game.

AK: could you highlight some highs and lows of your journey?

JE: One of the lowest points in my umpiring career was going to the UK in 2015, to umpire in the UK Super league, and not getting more games after my first one. It was one of the most challenging times in my career as an umpire, but was then transformed into one the richest learning curves of my life – I picked myself up, embraced the opportunity to learn more and quickly set into practice what I gained.

Truthfully, every single match is a high point – in the words of Forrest Gump: umpiring “…is like a box of chocolates. You never know what you are going to get.”

Some of the remarkable high points of my umpiring career are the first live screening of a match at Varsity Cup in 2013, umpiring Malawi vs South Africa at the Diamond Challenge in 2015, my test match this year when I was awarded  IUA status and finally, the day when my IUA kit arrived for the very first time.  It felt like Christmas!!

JE: I am an Ophthalmologist – a specialised eye surgeon in a demanding private practice.

Balancing the growing demands on one’s time and the fierce desire to be at the netball court, whilst still maintaining competency and presence in my practice, is one of the more challenging aspects of my umpiring career – but because this is my passion, I make it work. Sometimes it involves making difficult choices between work and netball.  All I can say is: without the love of netball, good planning, a very effective receptionist, 2 understanding partners and a very supportive husband, this would not be possible. Thank you to my team at home!